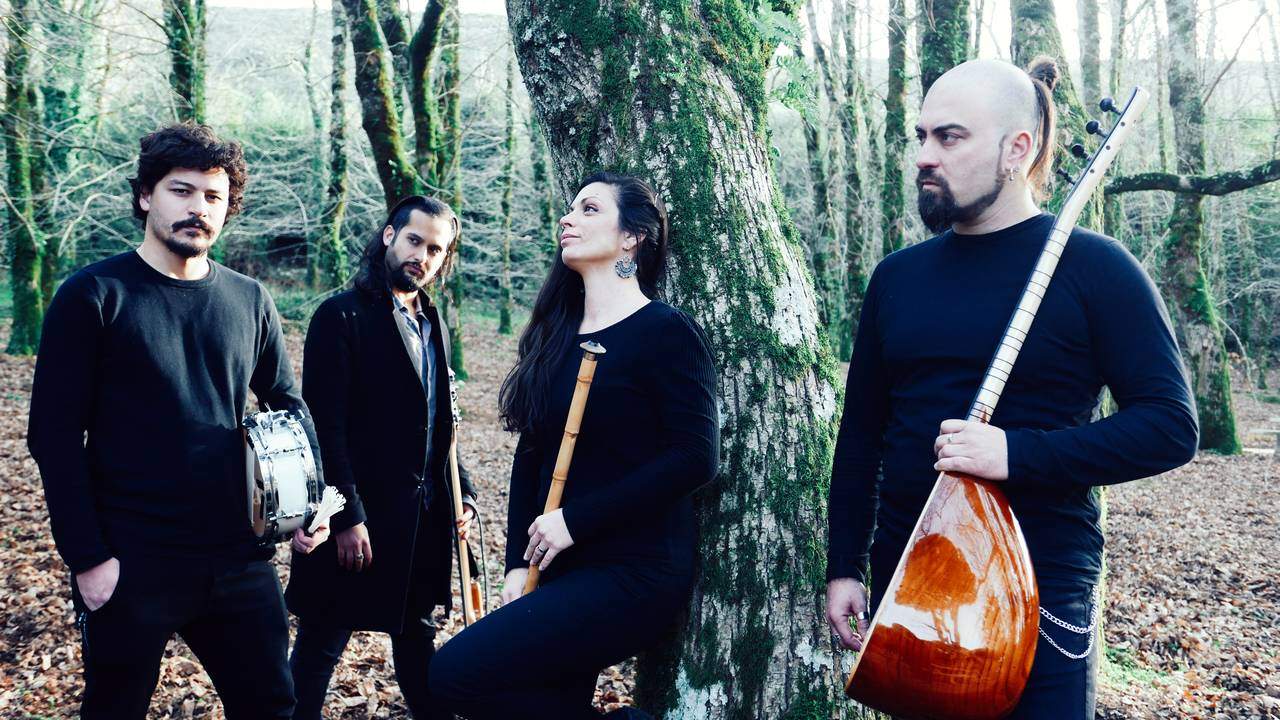 Ruben Monteiro and Carla Costa present Kairós, an original artistic work inspired by ancient cultures and spiritualities from Central Asia to the countries bordering the Mediterranean Sea. The main characters in this work are some of the oldest musical instruments of humanity such as the kopuz, the bendir and the ney. These instruments have been used in countless demonstrations of human spirituality for over 5,000 years and are considered the ancestors of many modern and traditional instruments from various parts of the world. The compositions are the result of deep research and study around canons and rules of composition used in Turkish, Greek, Balkan and North African music merged with contemporary elements giving a modern sound.

Kairós, coming from the Greek "καιρός", is considered the opportune and supreme moment, the potential and eternal time, an inspiring description for the creation of the presented work. This piece has been in development since 2016, counting with songs presented and highlighted on Balcony TV Istanbul (Turkey), on TSF Radio in Concertos de Bolso (Portugal), on SIC Notícias by Nuno Rogeiro (Portugal), in 2018 in a partnership with Ostad Farzad Andalibi (Iran), in the same year in London in a partnership with Chris Woods (England) and on Antena 1 in the context of the Festival MED 2019 (Portugal).