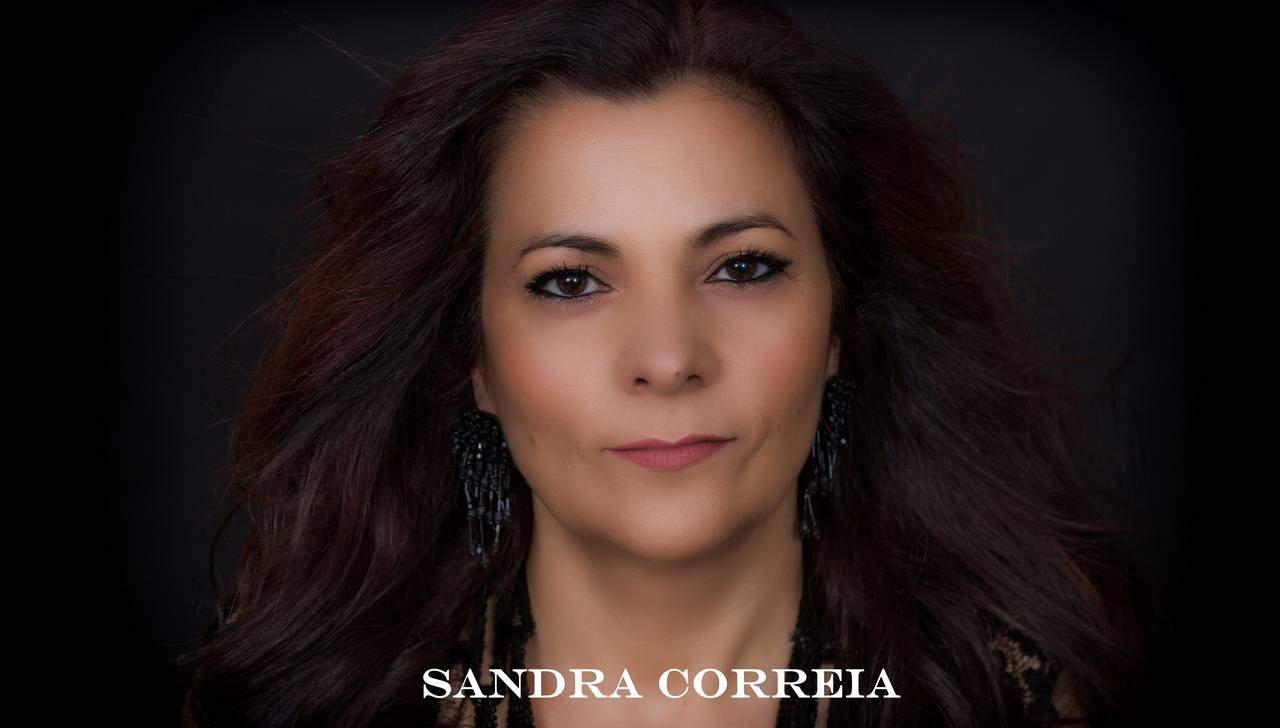 Sandra Correia is one of the best Fado singers of this Century. Vocal extension and interpretive expression, elegance, class, reflect a superior, mature, serene and relaxed artist. A major artist in the Portuguese Musical scene.

Sandra has a bitter sweet voice, that she fits perfectly in each word she sings, translating the poet's intention. Her voice serves the word, respects the musical staff, but follows her own path. Sandra is a performer! A Fadista, full of resources and with that particular talent that Marceneiro called "styling". To hear her in Fado Cravo or in the father of all fados, the Fado Menor, is the unequivocal confirmation: Sandra Correia is not just another singer in the Portuguese art scene, but one that Fado has clung to ensure its continuity as a "style".

In Sandra, Fado gains Truth, because even though her voice is young, it has an old flavour, a special unusual soul in these modern times. Born in Fornos, Santa Maria da Feira and daughter of a musician, Sandra Correia was born and raised surrounded by music. She has sung in some of the most prestigious venus both in Portugal and around the World. With a natural touch of class, Sandra is the perfect embodiment of Fado.
Back to top