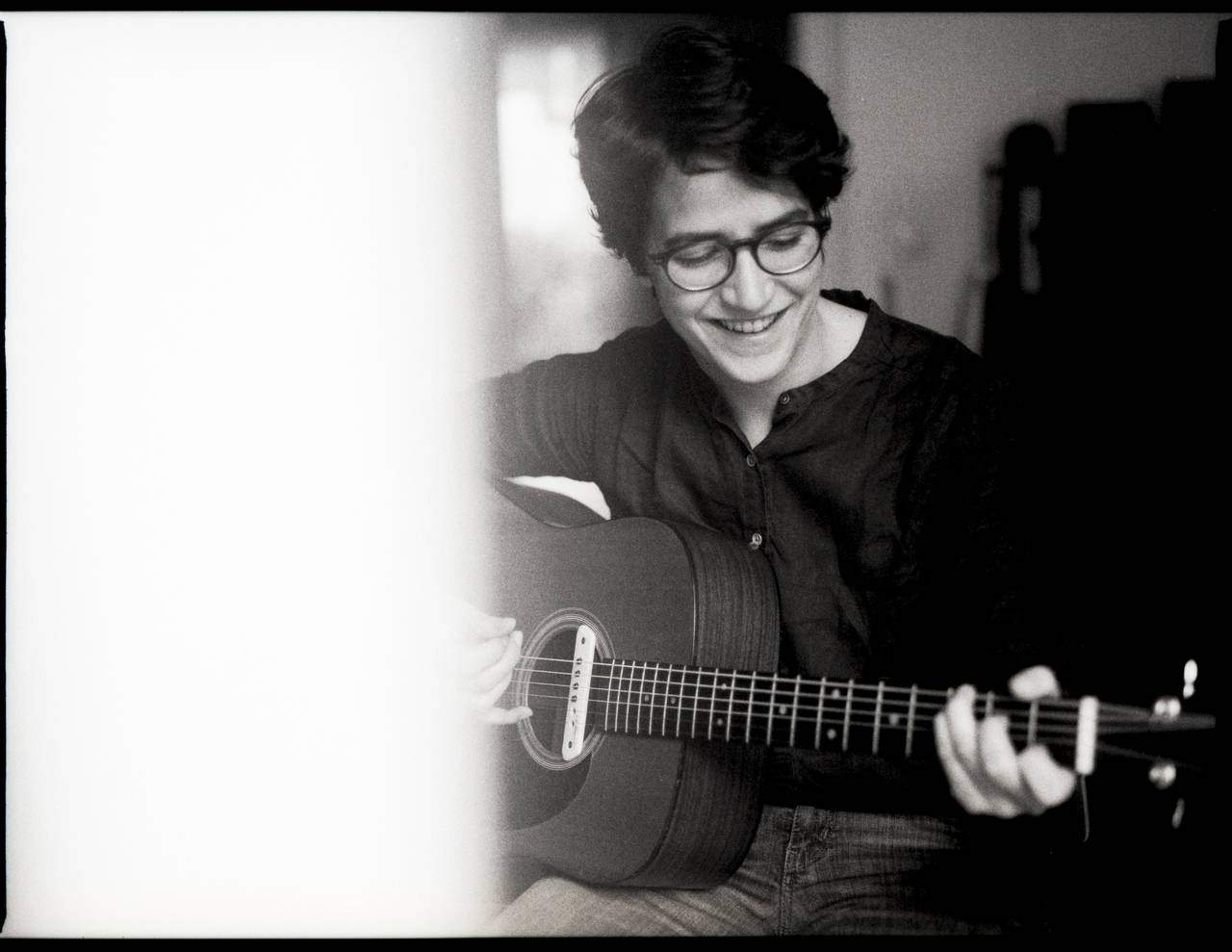 Francisca Cortesão was born in Porto, Portugal, in 1983. Songwriter and main singer in Minta & The Brook Trout, and releasing music under that moniker since 2007, she is also part of They’re Heading West – a band made up of three singer-songwriters and a drummer that has spent the first decade of the 21st century organizing performances with artists and bands of all genres in the Portuguese scene, and that has toured the US West Coast twice.

As a songwriter, besides her work with Minta & The Brook Trout. Francisca Cortesão has recently been penning songs for other artists, the first of which, “Para Fora”, was released in Ana Bacalhau’s 2016 debut solo album, Nome Próprio. In 2018, with Afonso Cabral (of Lisbon’s You Can’t Win, Charlie Brown), she wrote “Anda Estragar-me os Planos” for that year’s edition of the Portugal’s Festival da Canção – a contest where the national choice for the Eurovision Festival is played out. Sung by Joana Barra Vaz, it made it to the final round of the contest, and, the following year, it was recorded by Eurovision winner Salvador Sobral and chosen as a single for his second album, Paris Lisboa. In 2019, she wrote “Delicadeza” for internationally acclaimed fadista Cristina Branco, who used it as the opening track to Eva, released in March 2020, of which it was also the first advance single.

In 2018, with Minta & The Brook Trout and They’re Heading West bandmate Mariana Ricardo, Francisca Cortesão was the featured artist of the 4th edition of the Guitarras ao Alto Festival, in which duos of guitarists play shows in unlikely settings in the Alentejo region Portugal. That same year, she recorded and co-produced Desalmadamente, legendary Portuguese singer Lena D’Água’s first record of original songs in thirty years, written by Pedro da Silva Martins (released in 2019 by Universal Music).

Live, other than with her own musical projects, Francisca Cortesão plays with Bruno Pernadas (having also sung in the records How Can We Be Joyful in a World Full of Knowledge?, 2013, and Those Who Throw Objects at the Crocodiles Will Be Asked to Retrieve Them, 2016), vocals, percussion and guitar, Lena D’Água, guitars and vocals, and Mão Verde, rapper Capicua and guitarist Pedro Geraldes’ project of eco-conscious music for children, bass and vocals. Between 2009 and 2013 she was a member of David Fonseca’s live band as well as, occasionally, Walter Benjamin’s ensemble (Benjamim, these days). In 2011 she played with B Fachada in the album release concerts for the children’s record B Fachada é Pra Meninos, vocals, keybords and guitar, as well as for Márcia’s first full-length, Dá, vocals and guitar.

She lives in Lisbon where, besides making music, she also works as a translator.