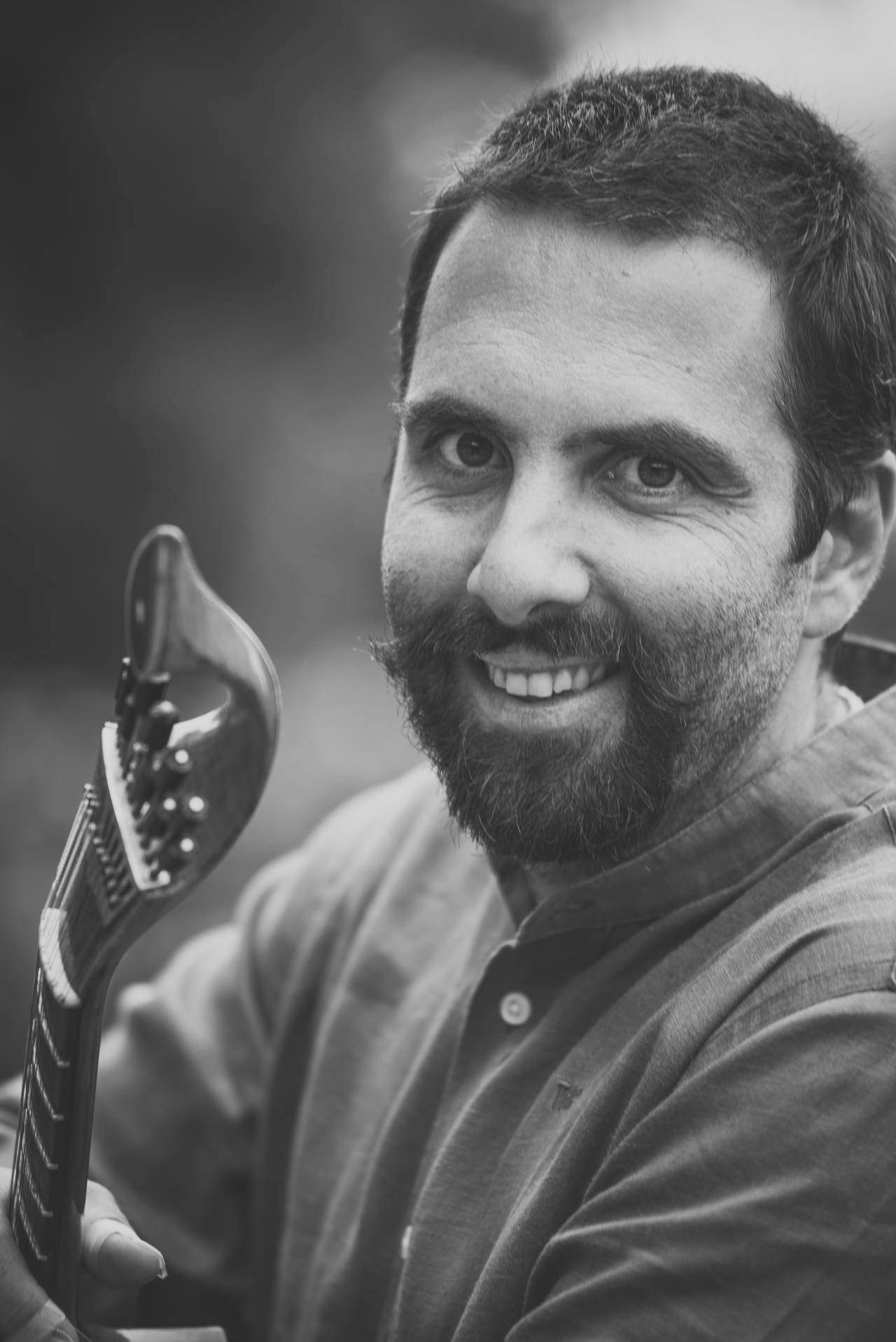 Miguel Amaral was born in O´Porto in 1982. His first contact with music happened at the age of 6, when he started studying piano with Madalena Leite de Castro. Also studied portuguese guitar with Samuel Cabral, José Fontes Rocha and Pedro Caldeira Cabral, music education with António Torres Pinto, analysis, harmony and counterpoint with Daniel Moreira, composition with Dimitris Andrikopoulos and jazz with Nuno Ferreira.

In 2013, he released “Chuva Oblíqua”, his debut solo album, entirely dedicated to the soloist repertoire he has been developing. Still in 2013, he joined pianist Mário Laginha and bassist Bernardo Moreira to create the Novo Trio de Mário Laginha, having recorded the album Terra Seca the same year. He performed in the world premiere of the piece “Folk Songs” by Mário Laginha, for orchestra, piano, voice and portuguese guitar, at Philharmonie du Luxemburg, with Cristina Branco and Mário Laginha, under the direction of Peter Rundel. The piece would be performed again with the Antwerp Symphony Orchestra, conducted by Dirk Brossé, and with Filharmonia de Galicia under the direction of Pedro Neves. He participated in the recital “Fado Barroco”, conducted by Marcos Magalhães, with Ana Quintans, Ricardo Ribeiro, Marco Oliveira and the Helsinki Baroque Orchestra in the Helsinki Music Center. For this program he composed a piece called Luz de Outono for baroque orchestra and portuguese guitar, commissioned by Marcos Magalhães. This repertoire was presented in 2016 at Fundação Calouste Gulbenkian and recorded live and edited in 2017 under the name “From Baroque to Fado – A journey through Portuguese Music “.