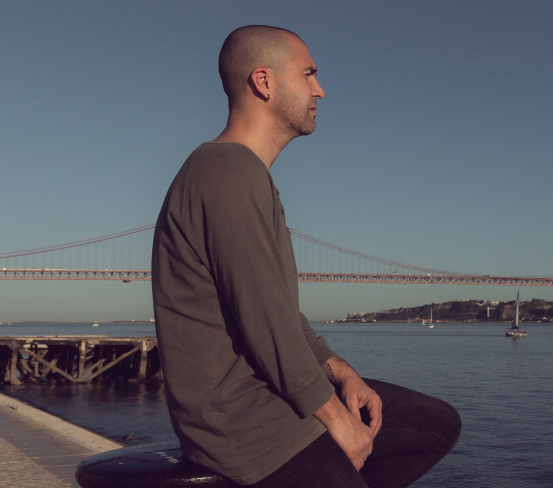 Luiz Caracol is a musician, singer and author who has at his work a very  own  identity  and  personality,  consequence of  the  urban inﬂuence  between  the  city  of  Lisbon  where  he  lives,  and  the cultural  connection  he  has  always  had  with  the  Portuguese speaking  countries,  such  as  Portugal,  Brazil,  Cape  Verde  or Angola.
His  ﬁrst  solo  album  “Devagar”,  released  in  2013,  featured very  special  guests  such  as  Fernanda  Abreu,  Valete  and  Sara Tavares, and where he had partnerships such as Mia Couto, Zeca Baleiro  and  Jorge Drexler.  In  2017  he  released  his  second  album "Metade  e  meia",  where  he  returns  having  collaborations  and partnerships of names like Aline Frazão, Fred Martins, Edu Mundo, Remna Schwarz and José Luís Peixoto.
He  is  currently  recording  what  will  become  his  next  album,  and continues  to  make  numerous  concerts  not  only  in  Portugal,  but also in several other countries.