Although Coimbra fado originated in the cobbled streets of the city, it is also performed and enjoyed indoors on a daily basis at Fado ao Centro by passionate and talented musicians, all of whom are current and former students of Coimbra University. Our genuine love of fado is portrayed through our music which penetrates the heart and soul of the audience, even if they don’t understand a word of Portuguese.

Fado ao Centro can be translated as “fado in the centre” or “fado to the centre”. We like to think of it as “fado to the core” - of our country, our city and ourselves. Our love of fado is so strong that we want to share it with others, be they fellow musicians and academics, local fans who enjoy allowing themselves to be transported by the emotions aroused by our songs, or curious visitors who may never even have heard of Coimbra fado.

Coimbra fado is a unique and powerful style of music and song. Unlike Lisbon fado, which is sung by mainly women, the voices of Coimbra fado are exclusively male and most belong to current or former students of Coimbra’s prestigious university. The university connection is reinforced by the singers and the accompanying guitarists wearing the traditional black capes that are synonymous with student life.

Coimbra’s students have been in the habit of singing in the city streets since the 16th century, their voices breaking the silence of the night with serenades and ballads. Fado became popular in Lisbon in the 19th century and was brought to our city by the students who came to study here. This new form of music was quickly adopted and adapted in Coimbra. Over time, the core elements of classical guitar, Portuguese guitar and vocals evolved into a different version of fado which incorporates traditional musical influences introduced by students from various regions of Portugal. 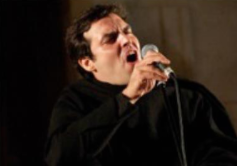 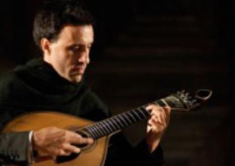 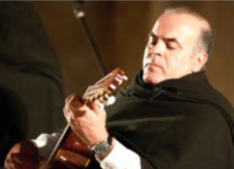