Director of the Representation in Portugal of the OEI 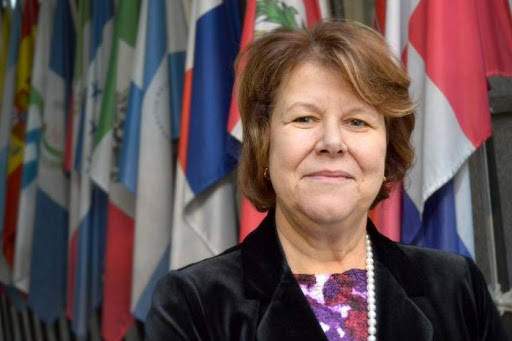 PhD in Literary Studies from the University of Lisbon (FLUL), where she has been a professor since 1983. Between 1988 and 1992, she was seconded by the Macau Government to work at the Cultural Institute of Macau and was a lecturer at the University of Macau. Between 1996 and 2002, she was President of the Instituto Português do Oriente (IPOR), based in Macau, an entity held by the Portuguese State and the Fundação Oriente, responsible for teaching the Portuguese language and disseminating the Portuguese culture in Asia. She accompanied the period of transfer of Macau's administration from Portugal to the People's Republic of China. On 11 January 2010, she was appointed President of Instituto Camões, I.P. and, on 15 April 2012, President of the Board of Directors of Camões, Instituto da Cooperação e da Língua, with responsibilities for the external promotion of the Portuguese language and culture and the development of the international cooperation policy, having held that position until 31 October 2017.

On 1 November 2017, she was appointed director of the representation in Portugal of the Organisation of Ibero-American States for Education, Science and Culture (OEI), an intergovernmental organisation that brings together 23 countries, including Portugal, Spain and Brazil. She is the first director in Portugal, a position she holds to date. As of 1 November 2020, she accumulates duties as General Director of the Ibero-American Programme for the Dissemination of the Portuguese Language of the OEI.
Back to top